Being a person who loves technology as well as creativity, Roshan P Romeo considers Bridge to be his second home. He compares Bridge to Hogwarts - where the magic happens because to him, grading is nothing but pure magic. A great tool which can portray the mind of the narrator deeply to the world.

Hailing from Kerala aka God's own country, he is in the early stages of his career. However having had almost 12 years of experience in computer hardware and software previously, he is constantly learning, experimenting with grading, finding his own unique way to create the aesthetics and emotions to the story he wants to share with the world. 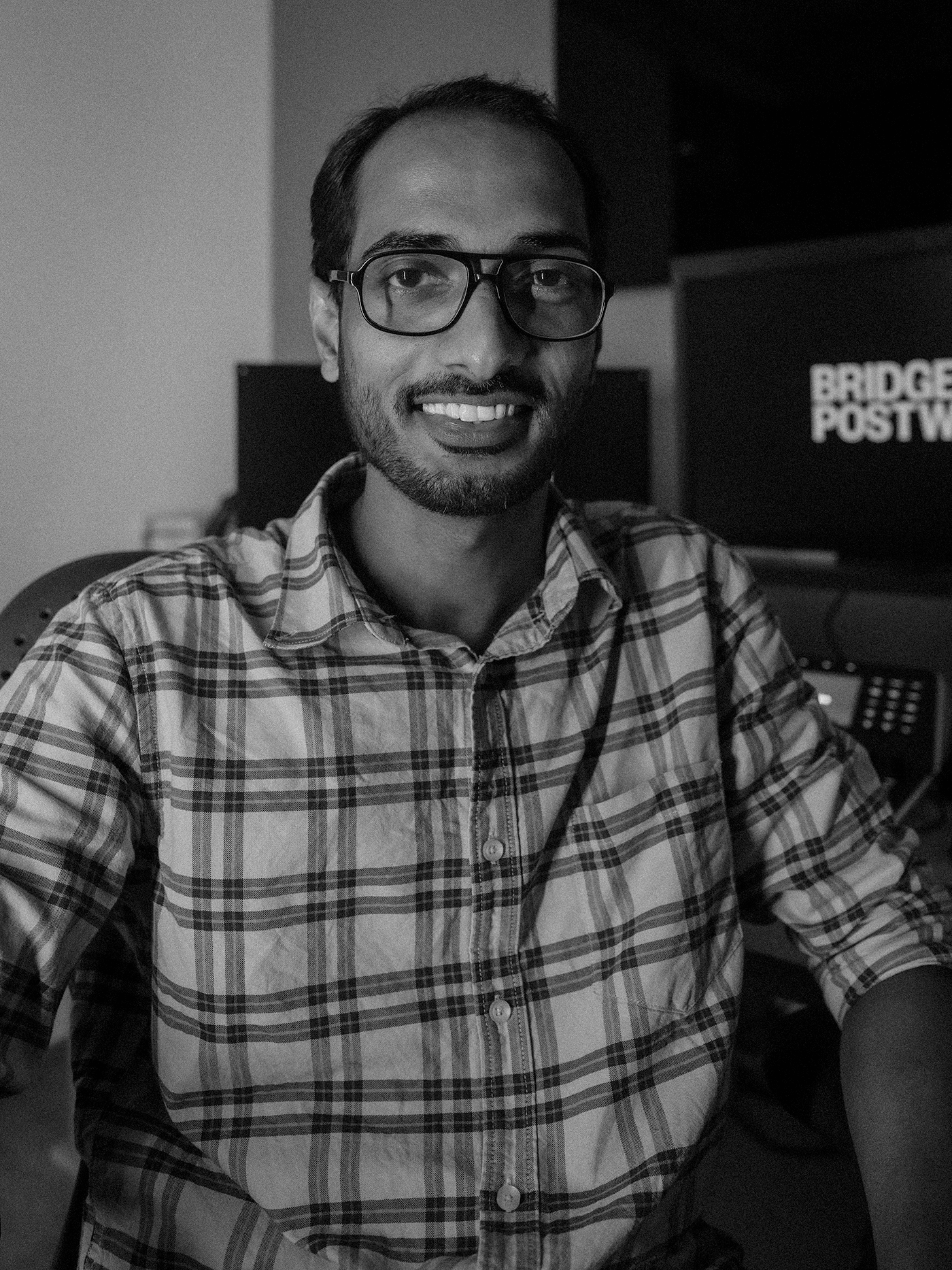